Nasi Goreng Is The Legend 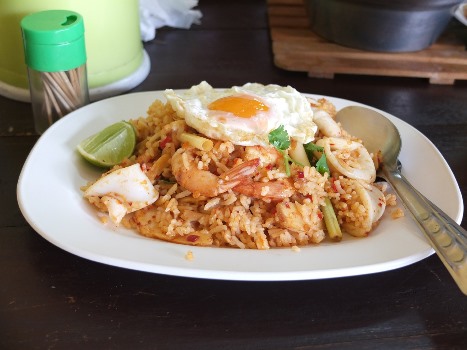 When it comes to food, we can safely say that it’s one of the most important things we think about when planning a trip! Local cooking classes are a great way to learn about new cultures and dishes.

Not only have we eaten them, we have cooked them too! We’ve learnt so much from taking a cooking class abroad – from how to cook rice properly, to knowing the difference one tiny ingredient can make to a dish!

For many Asian countries, rice is a staple meal, even for breakfast. In Indonesia, their take on fried rice is called Nasi goreng, as the word literally translates to “fried rice”. Though there are many popular food items from Indonesia such as Gado-Gado, satay and even bakmi (noodles), Nasi Goreng remains to be one of the most popular and one of the most satisfying.

Nasi goreng may be enjoyed anywhere in Indonesia, but it can also be found in Singapore, Malaysia and even as far as the Netherlands. In any Indonesian restaurant anywhere in the world, it is a standard menu item as well, proving the popularity of the dish. Nasi goreng is enjoyed by all social classes and can be purchased anywhere from the most posh Indonesian restaurant in the country, to some roadside warung (street vendor) in Bali or food market in Jakarta. Today, it can even be purchased in microwavable paper cups at many local convenience stores in many cities in Indonesia. 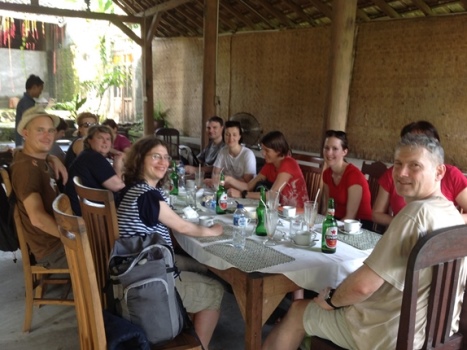 What’s in it
Nasi goreng is made with rice, mixed with a number of ingredients such as egg, chicken and some seafood such as prawns or even salted dried fish, known as ikan asin. For flavoring, sweet soy sauce or kecap manis, garlic, tamarind, chili and shallots are added. It is the kecap manis that gives Nasi goreng its distinct flavor and it is what sets it apart from Chinese fried rice and other fried rice variants.

How it’s made
Just like many things in life, Nasi goreng evolved out of practical reasons. Just like fried rice from other countries, Indonesian fried rice came to be as a way of recycling food rather than throwing it away. Rather than disposing of the leftover rice from last night’s dinner, Indonesians decided to fry it for breakfast the next day. This is also why it includes chicken and seafood scraps, which are most likely from last night’s dinner as well.

Where it is from
It is said that it is the Chinese that influenced the Indonesians to make Nasi goreng. The stir-frying technique used in preparing the dish has its roots from Southern China. As far back as the 10th century, the Indonesians and Chinese have been in trade, allowing for many Chinese immigrants to settle into the Indonesian islands.

So, during your trips in Indonesia, you have to try Nasi Goreng Cooking Class and taste your own dish !